“Twenty-five years of Third Eye Blind finds us feeling glorious, as if everything is coming into deeper focus,” says Stephan Jenkins. “It's not lost on us that this is a miracle, and that we are in it because of the new fans that keep discovering us and the people who, over the years, have made our music part of their culture.” Their latest album Unplugged reimagines the back catalog, including the previously unreleased live favorite, “Second Born.”

Third Eye Blind has been on a mission to restore the kelp ecosystems of the entire California coastline and sequester carbon. Proceeds of each ticket sold will help our friends in the surf community at SeaTrees. Every dollar raised on Third Eye Blind’s tours has been matched by tech entrepreneur Mark Pincus and his non-profit, Future Self. Since 2017, Third Eye Blind has sought to mitigate the touring industry’s carbon impact and also banned plastic water bottles backstage, saving an estimated 17,000 bottles per tour.

“Thanks to the Third Eye Blind crew and everyone who came out to see them on their summer tour, we are able to restore another key section of California's lost kelp forest ecosystem,” says SeaTrees co-founder, Michael Stewart. “These critical marine areas provide habitat for over 700 species and help stabilize our climate.”

“As surfers, we get to see this vibrant ocean wilderness up close so it is natural for us to want to protect and restore it,” says Mark Pincus. “Kelp restoration will be a focus of my Future Self initiative, and Stephan and I are excited and inspired to help in regenerating our California coastline. “

A dedicated surfer, one of Jenkins’ first jobs as a teenager was reforesting kelp off the Santa Barbara coast. He adds, “We have a gargantuan natural carbon sequestration mechanism along the entire west coast of the US. We have new technologies and organizations like SeaTrees where people can mitigate their own carbon footprint and bring back one of the biggest ecosystems in the world. Kelp grows fast. We can do this now.”

On CBS Mornings, Jenkins told Gayle King, “We have a beautiful, bright future,” with climate action in the center of it. “That’s what I want people to know.”

Visit ThirdEyeBlind.com to find where to participate.

March 31 Windsor, ON The Colosseum at Caesar Windsor

Ticket information and more at ThirdEyeBlind.com 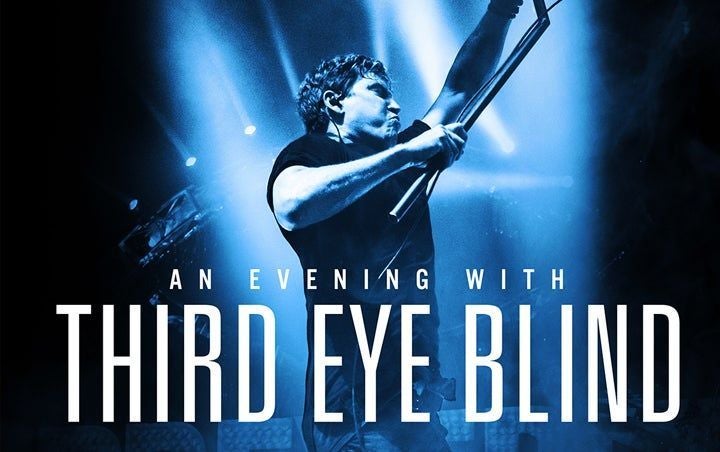 An Evening with Third Eye Blind