“I think now is the beginning of it all.”
At the onset of 2020, Chase Rice was headed south through snowy mountain highways, winding his way home to his Tennessee farm. He was readying for the release of The Album Part I, his surprise seven-song set, followed by the four-song The Album Part II. It was an exciting time. But a beginning? Coming from a star who’s already earned Platinum songs and a No. 1 single – plus a record-breaking, Diamond-certified No. 1 as a songwriter – the claim is puzzling.
Until you hear the new music.
Singing sleek rhymes over heartland six strings and keys mixed with EDM-laced drama, this is the same gravely-voiced Chase Rice fans first fell in love with years ago – but better. Freer. Unbeholden and uninhibited, somehow capable of evoking Chris LeDoux and The Chronic, campfire singalongs and stadium anthems, all at once. “If you just keep going and keep going, you eventually figure out what you want to say with your songs and how you want to say it,” Rice says. “It’s crazy to say, but yeah. I think this is the beginning of my entire career.”
Now, on the heels of The Album’s two-part release (with the promise of more to follow), comes his new single “Drinkin’ Beer. Talkin’ God. Amen” featuring old friends Florida Georgia Line. Rice isn’t just continuing the momentum he’s built––he’s kicking it up a notch.
The story behind the collaboration is defined by poetic kismet and real-world bonds. Rice first climbed charts as a co-writer of Florida Georgia Line’s Diamond-certified monster hit “Cruise,” the historic 24-week No. 1 that perched atop the Billboard Hot Country Chart longer than any other song in the chart’s then-69-year history. But the three musicians’ story together begins much earlier. Rice grew up with Florida Georgia Line’s Brian Kelley in Daytona Beach, Florida. Time went by and Rice’s family moved away to North Carolina, but he found Kelley again a few years later and the two remained close as they each discovered a love for music.
“I wrote my first song about my dad, when he passed away,” Rice remembers. “Brian helped me finish it, and I knew right then that I loved writing songs.” Soon after, Rice moved to Nashville and into a house with Kelley and Tyler Hubbard, who would go on to form Florida Georgia Line together. The three spent nights gathered around campfires, writing and singing together. The rest, as they say, is history.
In 2014, Rice broke through as an artist himself: Ignite the Night yielded Top 5 singles “Ready, Set, Roll” and “Gonna Wanna Tonight,” which he followed in 2017 with the acclaimed Lambs & Lions before ultimately earning his first No. 1 single as an artist, 2019’s two-week chart-topper “Eyes On You.”
“I felt like we should have been in arenas three years go,” Rice says. “I still believe that’s where it was headed.” But that belief in himself and willingness to walk away from a label that no longer fit delayed the prospect of a stadium tour. Three years later, Rice and his music have only benefitted 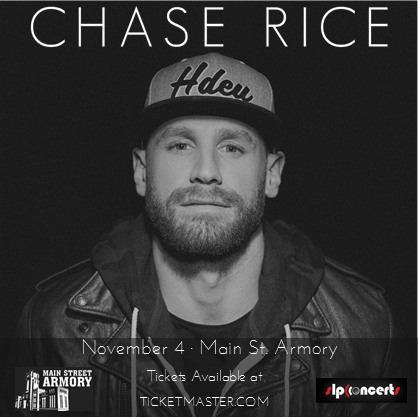