Kip Moore: The How High Tour

“I’ve always felt different, like when other people see blue, I see red,” says singer/songwriter Kip Moore, explaining the thoughtful headspace behind his fourth studio album Wild World. But in times like these – when there’s no denying the world is indeed a wild one – it seems like, perhaps, Moore was right all along.

A revelatory collection written as Moore traveled the globe like a self-described lone wolf, it aims to make sense of a world battling nothing short of an identity crisis. Maui, Costa Rica, Australia, Scotland and beyond became the setting for Moore’s searching, and slowly, through isolation and nature, a simple peace emerged. It wasn’t the first time this blue-collar poet looked within for inspiration, but it’s become the clearest expression of the wisdom he found. And his timing couldn’t be better.

“Music is the one thing where I really try to unveil where I’m at mentally, where my soul is,” the MCA Nashville troubadour explains. “As you get older, you start thinking about bigger concepts and where you fit in the grand scheme of this whole thing, and I’ve always lived my life simple. But the more I’ve lived, the more I understand that all this stuff we crave and seek, I see how much of life is smoke and mirrors. When I strip it down to the bare essentials, that’s when I’m the most happy.”

This hasn’t always been Moore’s approach. He splashed into the mainstream with the double-Platinum “Somethin’ ‘Bout a Truck” in 2012, then followed up with three more best selling #1s (“Hey Pretty Girl,” “Beer Money” and “More Girls Like You”), a trio of ambitious, critically acclaimed albums and two gritty EPs. He toured the world headlining his own shows, earning acclaim and a fierce following as an all-in performer in each setting. But the Georgia native also found another side to success – the long stretches away, physical and emotional fatigue and the never-ending stress of staying “relevant.”

If he’s honest, Moore knows he succumbed to that pressure – it’s the beating pulse of modern life, after all. But Wild World finds him learning to leave it behind, and open his heart to a new future.

“I don’t think you ever find the true purpose of life, but I’m always searching for that peace and joy of what God means to me and the whole spectrum of where my place is,” he says. “I think with this record, you really get a birds eye view of that.”

Co-writing all but one of Wild World’s 13 insightful tracks, that search is revealed in deeply personal terms (Moore even self-produced the set, with help from David Garcia, Luke Dick and Blair Daly on respective tracks). The weathered heartland-rock sound he embraced on previous efforts gets its emotional volume pumped up, recorded live with a full band, as substance trumped style and the timeless prevailed over the trendy. Moore admits the result includes a few quirks – but that just gives Wild World the character he values so much. “We wanted it to be more in-your-face,” he says. “More earthy, more analog.”

Likewise, the rough textures of Moore’s deceptively tender vocal was laid down in full takes, with the singer refusing overdubs and instead picking whichever complete version spoke to him the most. “I tried not to waste time overthinking it,” he explains.

That straightforward honesty arrives early on Wild World, starting with the very first track. “Janie Blu” was written over a late night in Costa Rica about a girl who’s always been special, but often stood in her own way – a compassionate, force-of-nature plea to get your head right, before it’s too late.

Likewise, the sturdy “Southpaw” stands as a grunge-rocking manifesto for the proudly out of touch, rejecting the notion of “going with the flow” and showcasing just how Moore stands apart in today’s Wild World. “I’ve been vocal about the vanity of social media, and I think it’s getting super out of control,” he says. “[It’s] become so accepted that if you buck it, then you’re the one with the attitude problem – the crusty, jaded person – when truly, I think most people know how vapid it’s become.”

Meanwhile, the calming “More Than Enough” presents a better option, blowtorch anthems like the “Fire and Flame” pour gasoline on the quest for greater meaning and “Red White Blue Jean American Dream” flies down an empty highway of optimism. The only outside cut on the album, it’s a jangle-rock stand out full of pure-American references and razor-sharp hooks, once again pointing to Wild World’s central theme – that life could be less complicated that we make it.

“It’s that underlying theme that matched ‘More than Enough,’ ‘Fire and Flame’ – even ‘Janie Blu,’” Moore says. “It’s like ‘Forget all that stuff. You’ve got what you need right here.’”

The title track captures his less-is-more belief with exceptional skill. Written while Moore was living rough with a group of off-the-grid friends in the Hawaiian jungle, it takes its time, slowly unfolding the wisdom of Moore’s upbringing like a flag of laid-back country soul.

“Out there in the jungle, the simplicity makes me completely at peace,” Moore admits. “We didn’t have ‘things’ growing up, we were never a family that had possessions. But I had this amazing backbone of character from my mom and dad, and they were always trying to explain things to me.”

“She’s Mine” is a deeper-than-it-seems single – a melodic, propulsive search for true love which Moore knows could take him anywhere – and meant-to-be-romance is put to the test in “Sweet Virginia,” co-written in a Scottish dressing room, of all places.

Finally, the globe-trotting journey leads back home with a vivid tribute to resiliency. Described as “the single most personal song I’ve ever written,” the 12-string backed “Payin’ Hard” rolls out as a three-minute stream of quick-talking consciousness, a stunning regret ballad swirling around the devastated hook “My life’s a credit card / Play now, pay later and I’m payin’ hard.”

“I hope this record provokes some honesty,” Moore says – underplaying what may be his career-best fusion of purpose and presentation. “All I want to do is make music that reaches people in a pure sense – something that’s light and easy to carry with you, but 1000 pounds of weight at the same time, and I think Wild World is just a depiction of what I see. Life is one crazy, wild ride. But it can be so simple if we look for the right things.” 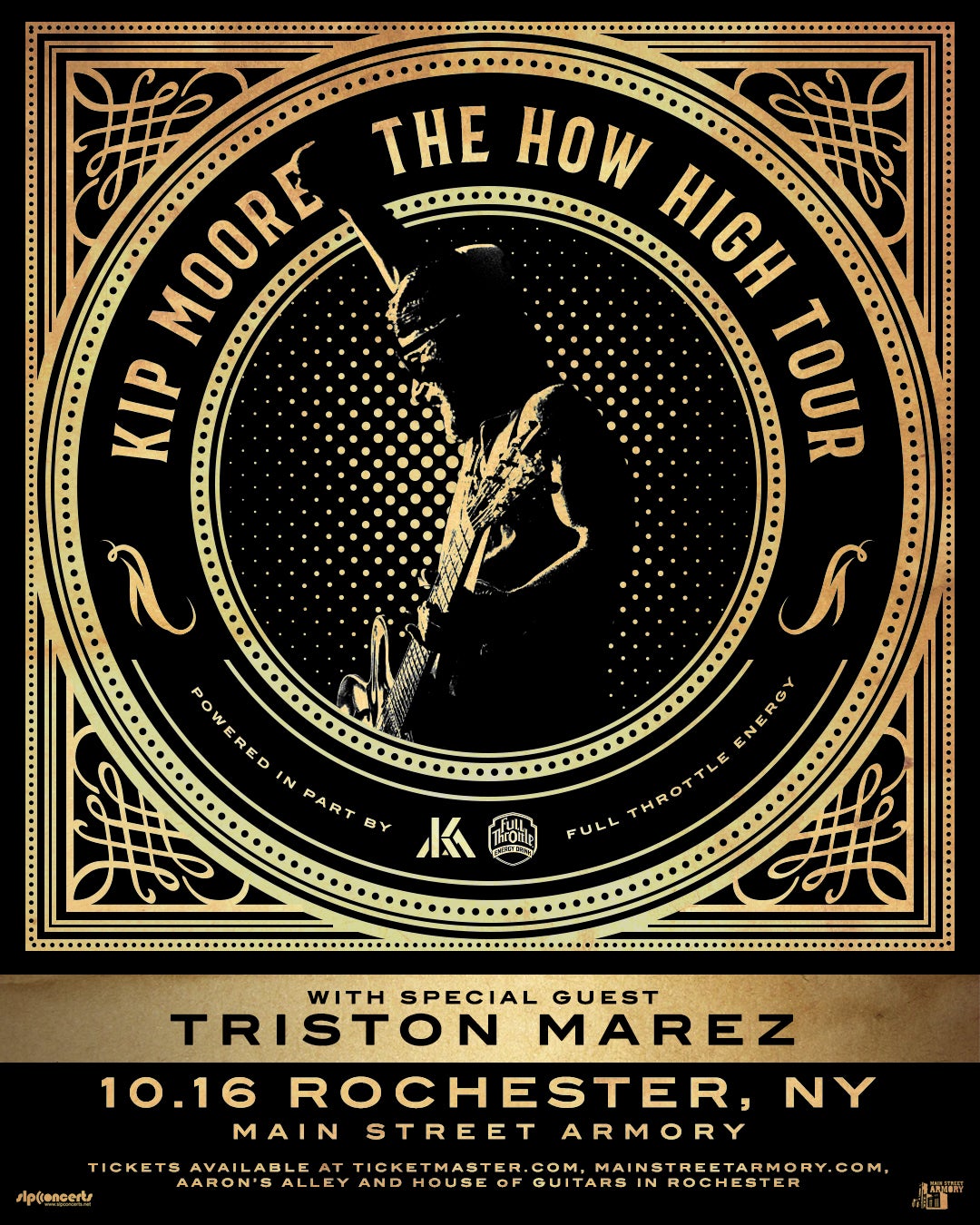