“These songs should make you want to fall in love with somebody, or miss somebody, or want todo something outrageous with your life,” says Justin Furstenfeld, vocalist and lyricist for theunstoppable alt-rock band Blue October. He’s talking about the tracks on the quintet’s tenthstudio album, This Is What I Live For, recently released on October 23rd, 2020.How does it feel to have a Top 10 single with “Oh My My,” your first Top 10 single since 2009?“Honestly, I’m blown away. We started releasing our albums independently several years ago.It’s good to see that it doesn’t matter what label you’re on. As long as you’re writing good songsyou have chance to be heard. Hopefully that inspires others.”The San Marcos, Texas-based band (vocalist Justin Furstenfeld, multi-instrumentalist RyanDelahoussaye, guitarist Will Knaak, bassist Matt Noveskey, and drummer Jeremy Furstenfeld)have earned a reputation for being remarkably dynamic, consistently delivering anthemic songsfilled with rousing melodies and precision playing. And with this latest release, The Is What ILive, For the members are even more in synch than ever because they wrote much of the materialwhile they were on the road supporting their last album, 2018’s I Hope You’re Happy (Debuted#1 on the Billboard Alternative Album Chart and #1 Billboard Independent Album Chart.), often finetuning songs in front of live audiences. In this way, the song “I Will Follow You” has alreadybecome a favorite even before it was recorded for the new album.“This album is going to catch some people off-guard,” Matt says. “A lot of it is aboutinterpersonal relationships – years and years of marriage, growing older, and some of the issuesthat you may run into with that. I know that other albums are about that, but we get into somecorners of life that we haven’t explored before.”This determination to always speak the truth, even if it’s difficult, is the way Blue October hasoperated from the very start, since Justin, Jeremy and Ryan formed the band in 1995 when theywere still in high school. When Matt joined three years later, Blue October really coalesced asthe members found inspiration in bands like A Perfect Circle, Jimmy Eat World, Radiohead, andThe Cure – then reworked those disparate influences into an epic yet introspective sound that isentirely their own.Blue October members themselves have admitted in characteristically candid fashion, thingscertainly haven’t always been easy. Their struggles over the years with substance abuse, andtheir subsequent treatment and recovery, have been well-documented in their songs. They alsoallowed themselves to be filmed over the course of seven tumultuous years for a documentary,Get Back Up, which was released on May 21, 2020. The film takes an unwavering look at theband – and Justin, in particular – as they grapple with the fallout from addiction and the resultingdamage done to their families, professional relationships, and each other. It is ultimately aredemptive story, with all members now sober and mending their relationships, but not withoutgoing over some harrowing ground first. 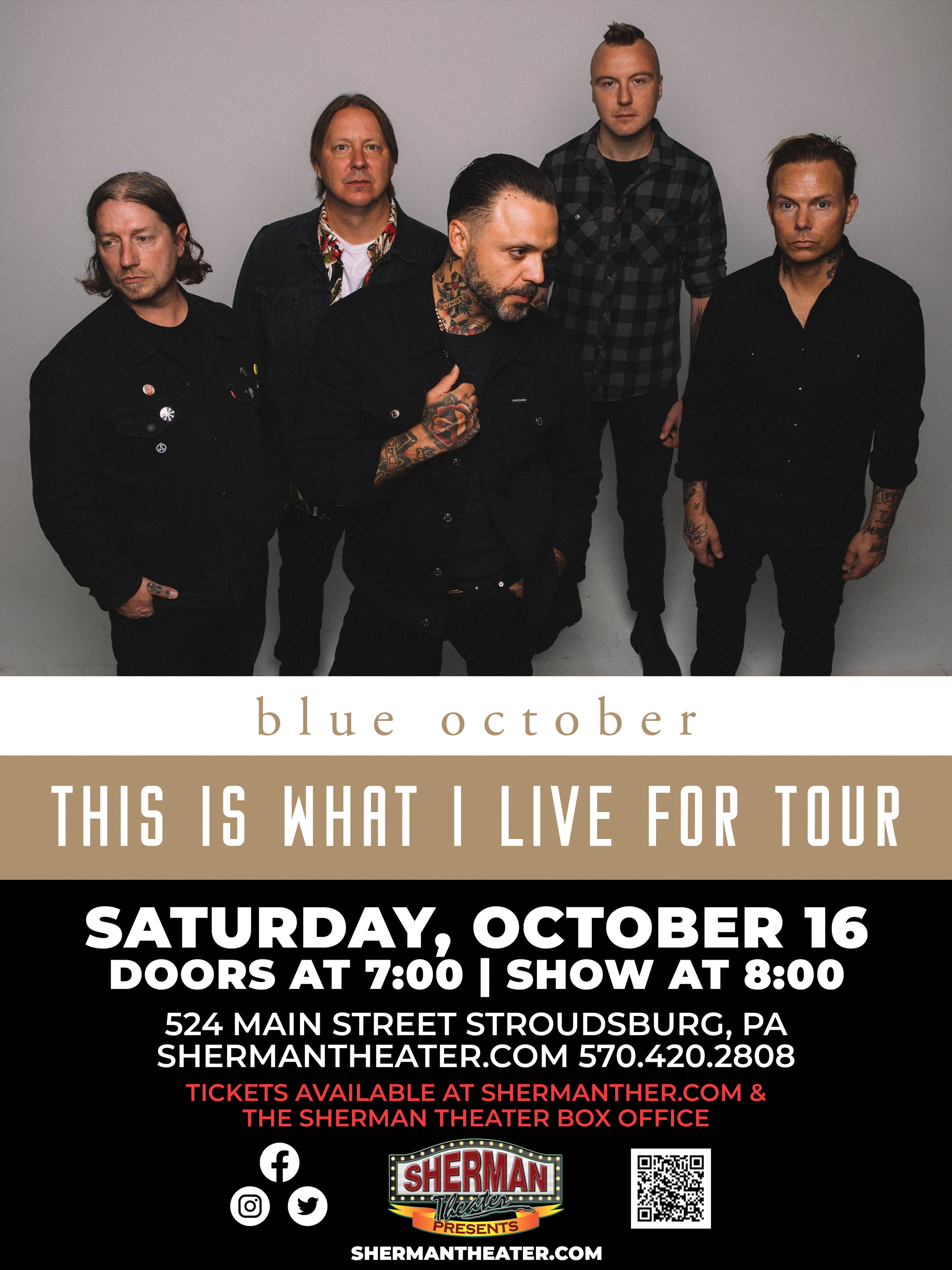